Charging the DJI Mavic 2 Flight Controller for the Pro and the Zoom seems to be catching quite a lot of people out (ourselves included!) when they first open the box. You'll find some cables are hidden in objects, and the shapes of the cables don't match up with the ports! However, rest assured, everything you need to charge your aircraft and the remote controller is all there.

Simply plug the large rectangular fitting into the back of the battery (you cannot charge the battery when it's attached to the aircraft. And turn on the power supply. The fitting will only go on one way because of a slightly cut off corner on the connectors.

You'll notice the green lights on the battery will flash in a circular motion. When the battery is full, all 4 lights will become solid and you can unplug the battery. Simply pull the connector to remove. 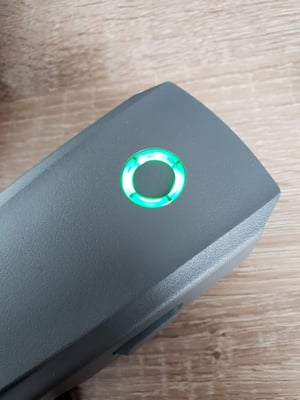 Charging the DJI Mavic 2 Flight controller is very simple, however the connectors can sometimes confuse people who aren't familiar with where they are and where the go.

On the Power Adaptor, cable to charge the controller is tucked away down the side. it's a very tidy idea for storage, however the length of the cable is actually very short.

Now let's find the port on the Flight Controller. On the left side of the flight controller is a short cable that you simply pull out which acts both as a data transfer cable between the controller and your smart device and a charging port.

What you will notice is both the connector you've just removed and the port itself are rectangular in shape and not bevelled. The port is still Micro USB and the squared port will still accept a bevelled connector. The first time you plug it in may seem quite fiddly, but it will go in. 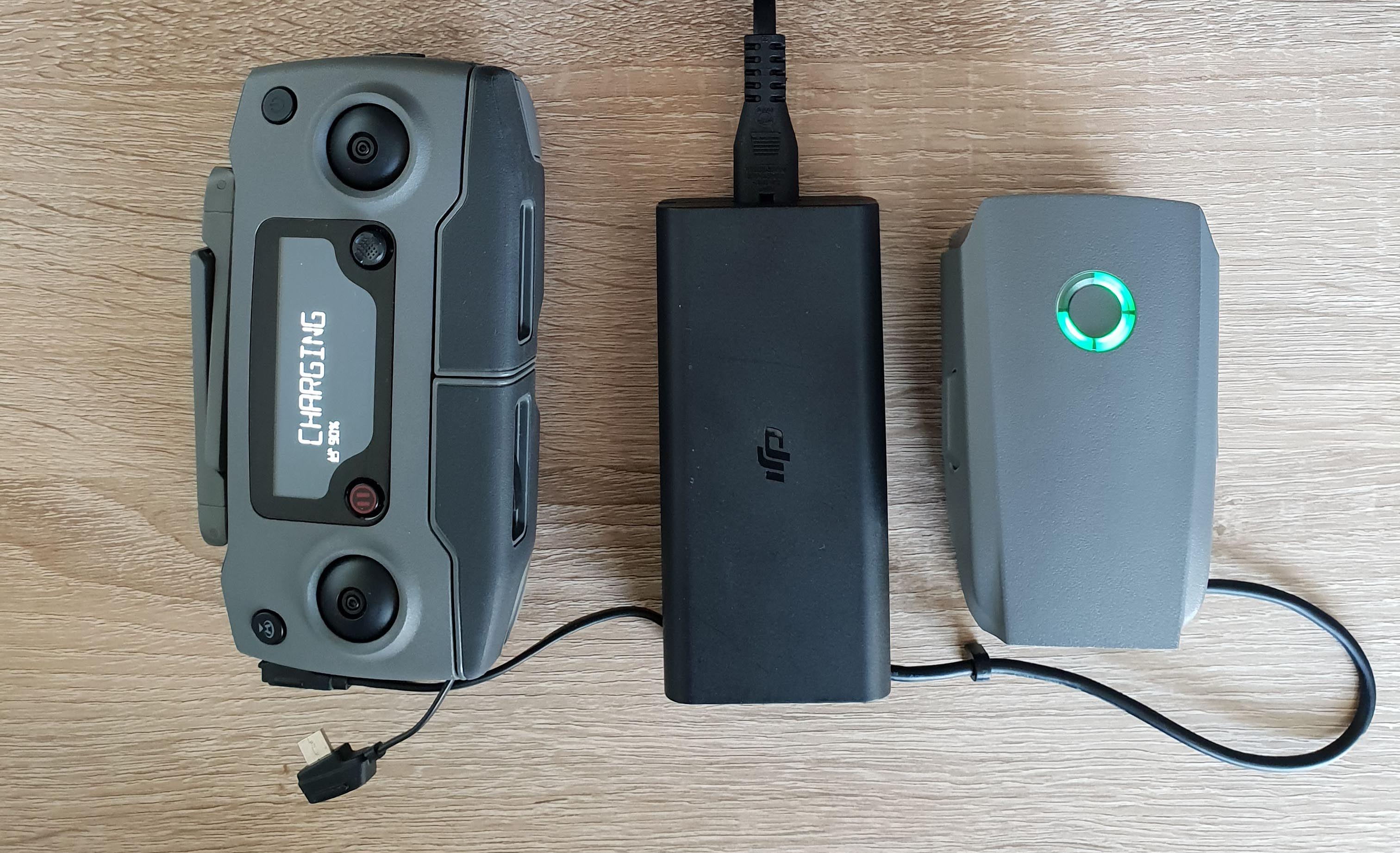 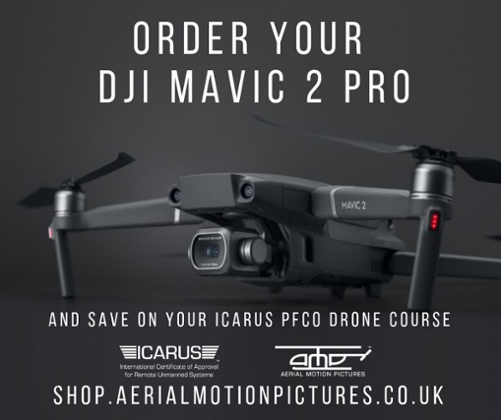