On 1st - 2nd December 2018 the Fly ICARUS Team headed off to the NEC in Birmingham to exhibit and promote our PfCO Drone Training and Free ICARUS 1 courses to the public at the UK Drone & Technology Show.

The event celebrated all things drone, photography, consumer electronics, gadgets and the broader technology industries including the opportunity to see (and sit inside) the Tesla Model S and Model X or experience the Mercedes AMG Petronas Formula 1 Simulator. 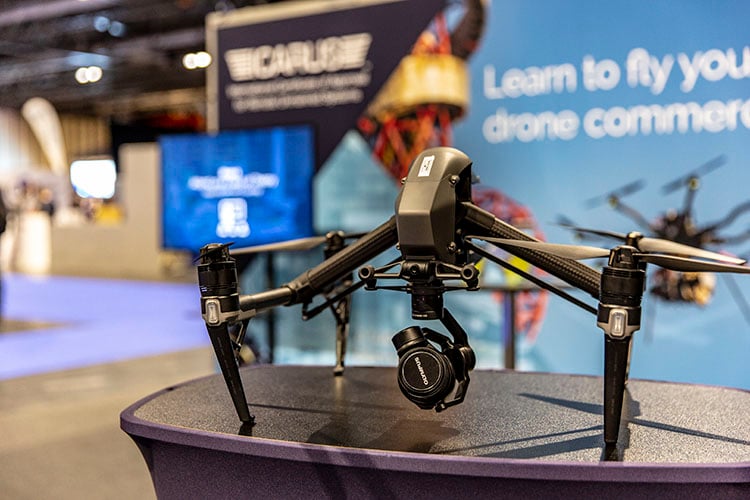 The event was hosted by Jason Bradbury, the former host of the Gadget Show who really got the crowd going on the Live Tech Stage.

Over on the Drone Auditorium stage, there was even a Live Q&A session with the CAA which you can view courtesy of On The Kitchen table who was there on the CAA stand. 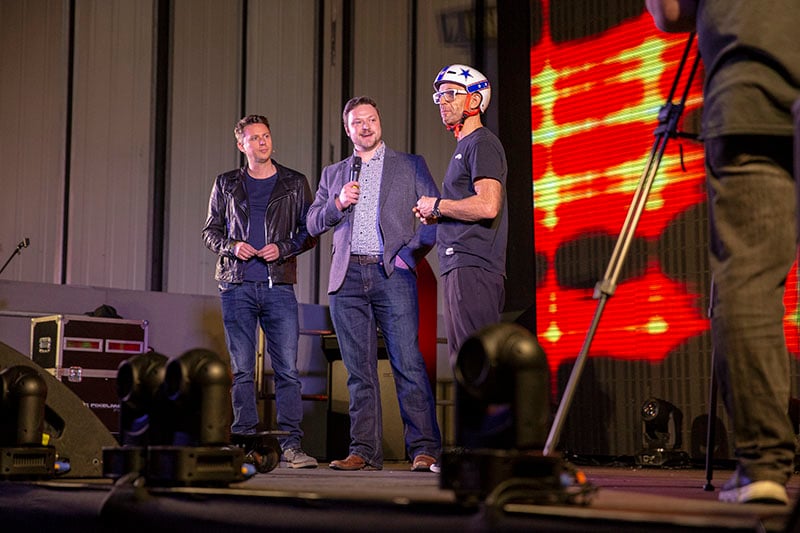 Our Managing Director Matt Williams was up on stage with Jason Bradbury to talk about what it was like to fly an 8 rotor drone (Freefly ALTA 8) to complete the UK's first 'Droneboarding' performance in Newquay, Cornwall back in October on a very cold morning.

The video was pre-released on Jason's YouTube Channel and can be viewed below.

Not only was there an opportunity to shop all things Drone and Drone fpv racing, but the iSeries final was also hosted at the Drone Show with prizes of up to £10K to be given away to the winners.

Check out this VLOG by Rene Sebastian that shows you some behind the scenes of the show and some of the FPV of the track.

On both days, Matt Williams took to the Drone Auditorium stage to talk about Drone Training for the PfCO Drone Course and to announce our upcoming ICARUS Enterprise (more on that in 2019!) and our further ongoing commitment to further promote safe drone usage through our FREE ICARUS 1 Drone Course for Hobbyists & Enthusiasts.

The rest of the team was on hand at our stand facing the auditorium to take further questions on the course and to make people aware of our FREE Drone Business Seminars we are hosting in Stoke-on-Trent, the first one on the 12th December 2018 at 1pm.

A place to network

We had the chance to catch up with our industry partners Coverdrone and the representatives of the CAA, but also to connect with the drone simulating platform Rotor Rush and Drone User Magazine who are soon to be releasing their first printed issue on the 1st February 2019.

Although there were noticeable absences from some of the larger drone suppliers including Yuneec and Parrot, DJI was present promoting their consumer aircraft including the DJI Mavic 2 Pro.

We've got some BIG plans for 2019, further expanding our training and continually evolving our training to ensure we stay the most highly regarded drone course in the UK. With over 200 5* reviews on Trustpilot and more coming in each week we're proud to have trained some amazing remote pilots and further supporting them in their careers.

Our next show will be back the NEC in March 2019 for The Photography Show and Video Show 2019 which year on year gets better and better!