A long time ago, flying any type of remote control aircraft was hard. Firstly, the aircraft would typically be in kit form, which meant you actually had to build the thing. This was usually not too difficult, and if you enjoyed Lego as a kid, it was great fun. Secondly, after having spent a good few days building, the time had come actually to see if it would fly. It was a tense time and not always successful.

The takeoff and flying away from yourself wasn’t too hard however that all changed when you had to fly back and try and land successfully...and you had to land eventually. Crashes were inevitable and also expensive, but looking back, I think that was half the fun… the skills needed & the uncertainty of it all. 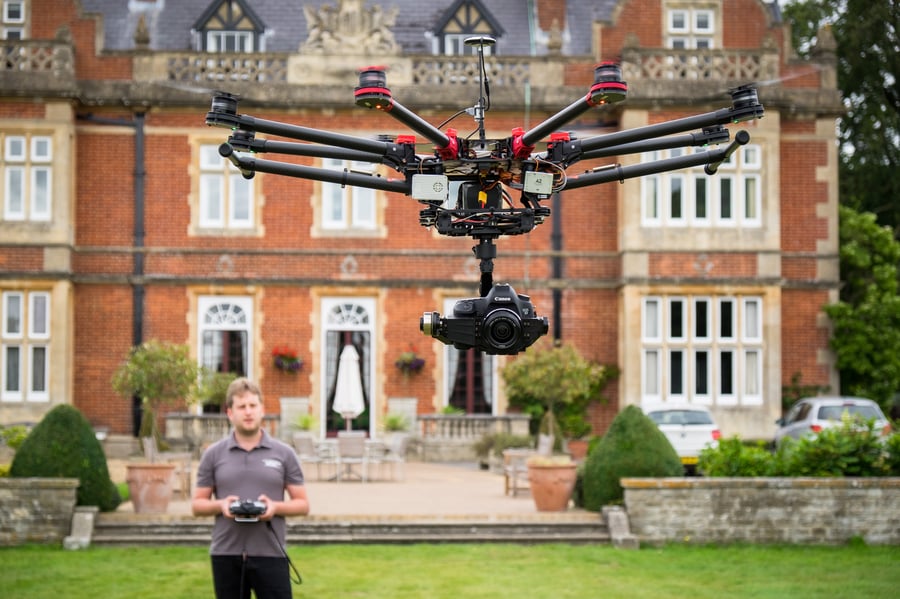 Fast forward to the present day & Drones are now a thing. Small Unmanned Aircraft are packed with technology which several years ago would have been unheard of. “An aircraft that can avoid obstacles, fly for 30 minutes and give you a live HD video feed from 8km away?! Don’t make me laugh” we’d have said. This is now a reality.

The aircraft now turns up pre-built and ready to fly. No more hours of painstakingly putting them together bit by bit. These drones can be up and running in the time it takes to charge a battery. The first flight usually is pretty uneventful, as long as you understand everything and have a vague idea of what to do.

Once the aircraft has taken off, it just sits there using GPS. The aircraft is literally flying itself. You don’t even have to touch the sticks anymore, you can tap on the screen, and the drone will fly off to that location and then wait for you there. There is more to it if you want to get professional looking shots but the basics are quite straightforward.

“Ah but what about when the battery eventually runs out?! You’ll have to fly it back & land yourself then!”. No, I won’t, the aircraft will fly back avoiding obstacles in its path and will land within about 2 feet of where it took off.

These aircraft now have about eight cameras on-board which give it effectively a 360-degree view of its surroundings. Cameras & sonar on the underside to help with ground sensing and flight batteries that ‘self-heat’ in cold conditions which could otherwise reduce its flight time. And all of this fits in the palm of your hand; it’s incredible.

The downside of modern drones

What are the disadvantages I hear you ask? All this sounds like a great leap forward! Don’t get me wrong, all this tech is a great leap forward, but it’s taken away a lot of the skill involved with flying remote control aircraft. Now some might say that this is a good thing.

All this technology is helping grow the industry and opening the door for people who don’t want to spend hours building and tuning an aircraft, which is true. However, it has also opened the door for a few people who think these aircraft are just a big toy. Now the minority, as long as they have enough money, can be flying a 7kg+ aircraft amongst the general public in less than half an hour. Five years ago this would have been impossible, at least without some degree of prior knowledge and flight tuition.

This is the problem. There are now no barriers or practical knowledge needed to fly a remote control aircraft. Some are marketed as ‘selfie drones’ or something you can just throw up into the sky at a moments notice. What people are now forgetting is that all drones are dangerous and if someone gets hit by one, it could do a lot of damage or worse.

The technology in drones today is incredible, but it isn't foolproof just yet. They can be quite dangerous if mishandled and you should always stay within the regulations which are designed to keep you and everyone around you safe.

If you have a drone or know someone who does, take a look at our ICARUS 1 E-Learning course; it's the perfect place to start to learn about what you can and can't do with your drone.