Today the CAA have formally announced from 13 March it will be illegal to fly a drone within three miles (5 kilometres) of an airport, rather than the current 0.6-mile (1km) exclusion zone.

Earlier this year, the government proposed the new changes to extend the no fly zone around airports and to give the police new stop and search powers to stop people flying drones recklessly.

After the distruption at Gatwich which grounded more than 1000 flights and affected more than 140000 passengers, the government want to try and prevent further distruption.

Transport Secretary Chris Grayling said: "The law is clear that flying a drone near an airport is a serious criminal act.

"We're now going even further and extending the no-fly zone to help keep our airports secure and our skies safe.

"Anyone flying their drone within the vicinity of an airport should know they are not only acting irresponsibly, but criminally, and could face imprisonment."

It is currently illegal to fly your drone within 1km of an airport boundary and those who recklessly or negligently endanger an aircraft with a drone face up to five years in jail.

From March 2019 it will become illegal to fly any drone inside the flight restricted zone at any time without permission from ATC.

The restriction zones will include:

If your drone endangers the safety of an aircraft it is a criminal offence and you could go to prison for 5 years.

With the change to the airport boundary, the CAA have released an update to the Drone Code which shalll come into effect from 13th March 2019.

The Drone code was published by the CAA to help hobbysist drone flyers better understand the regulations.

Always keep your drone in sight - The means you need to see and avoid things when flying. 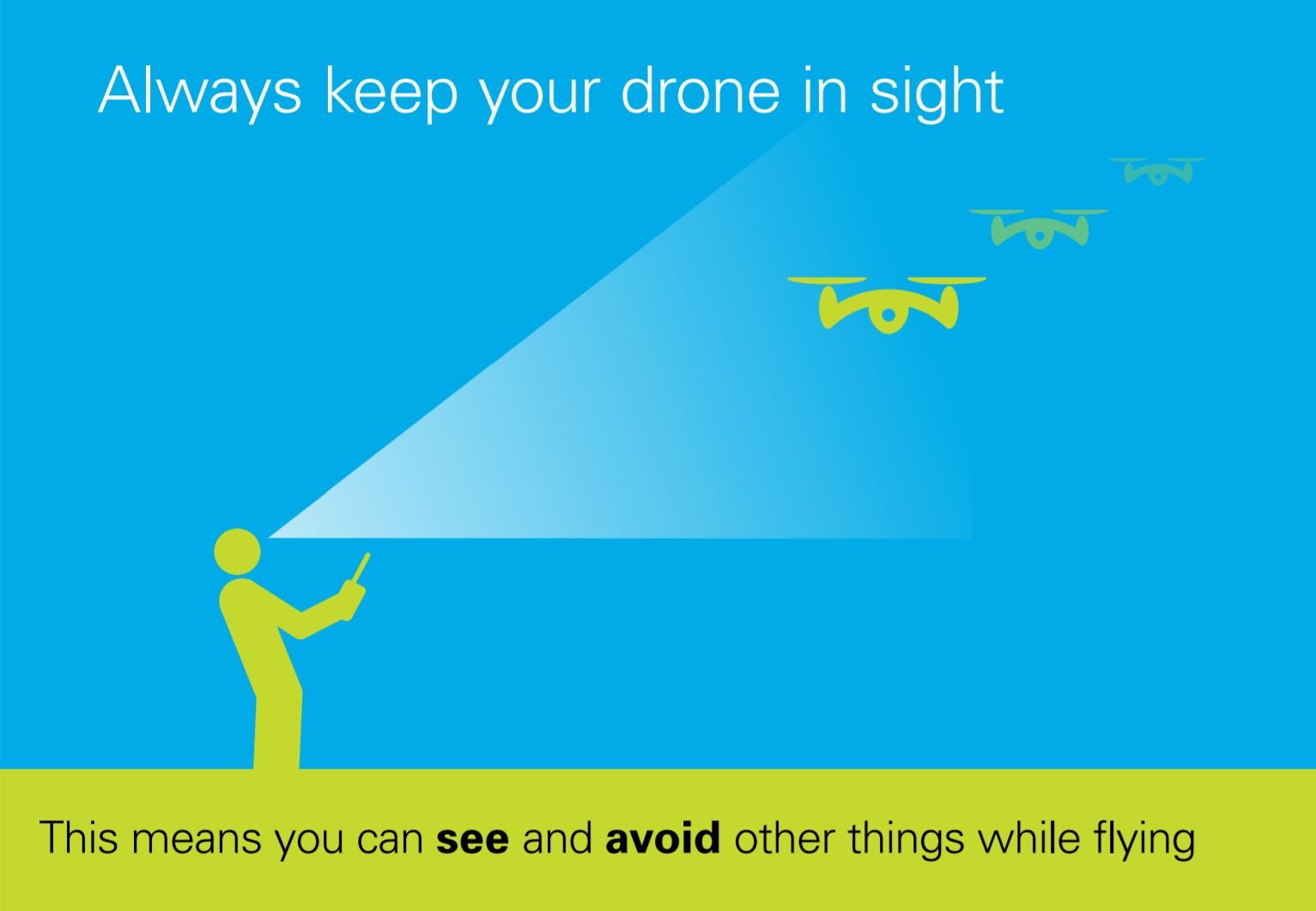 It is against the law to fly your drone above 400ft - This reduces the liklihood of conflift with manned aircraft. 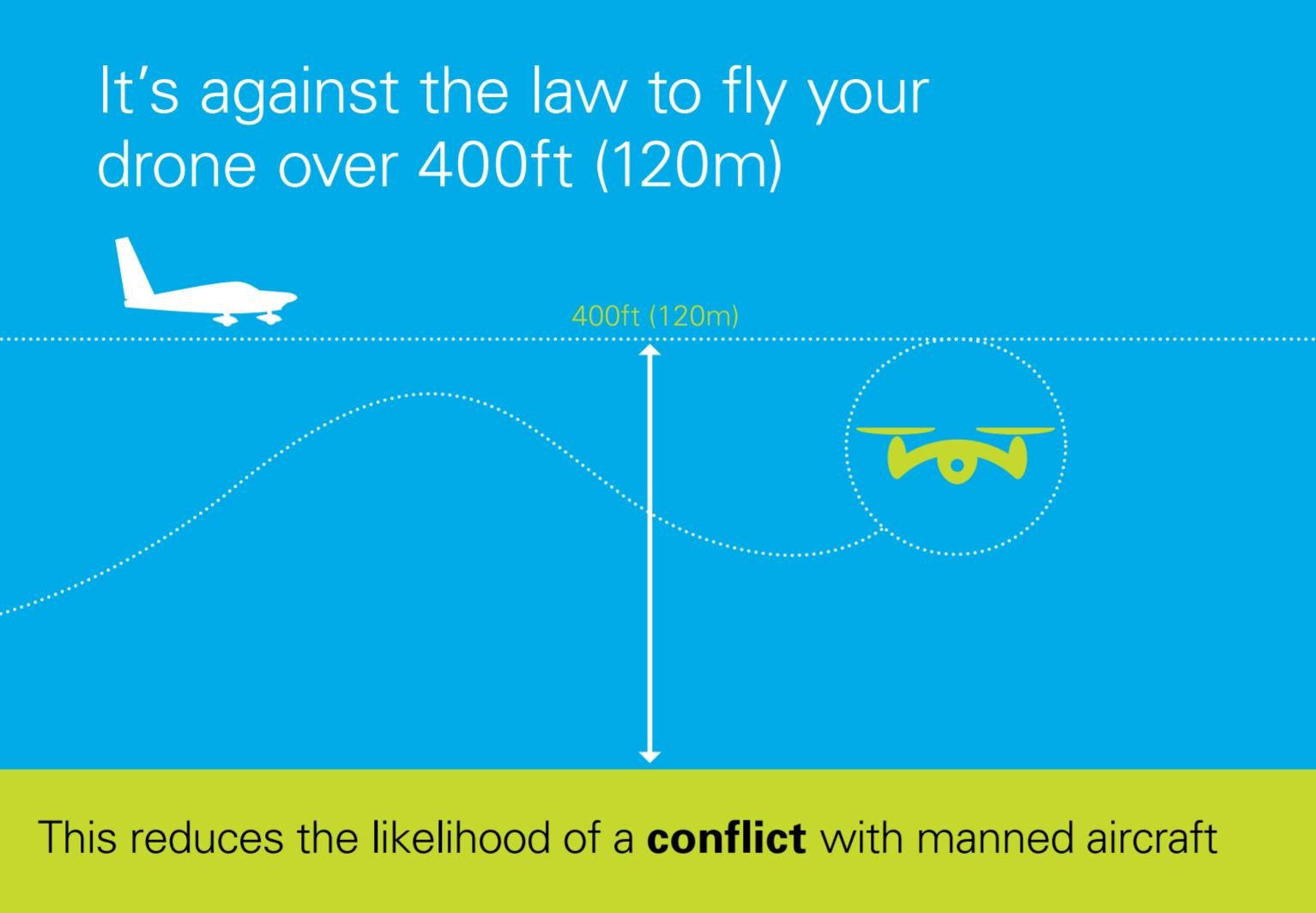 Every time you fly a drone follow the manufacturer's instructions - Keep your drone, and the people around you, safe. 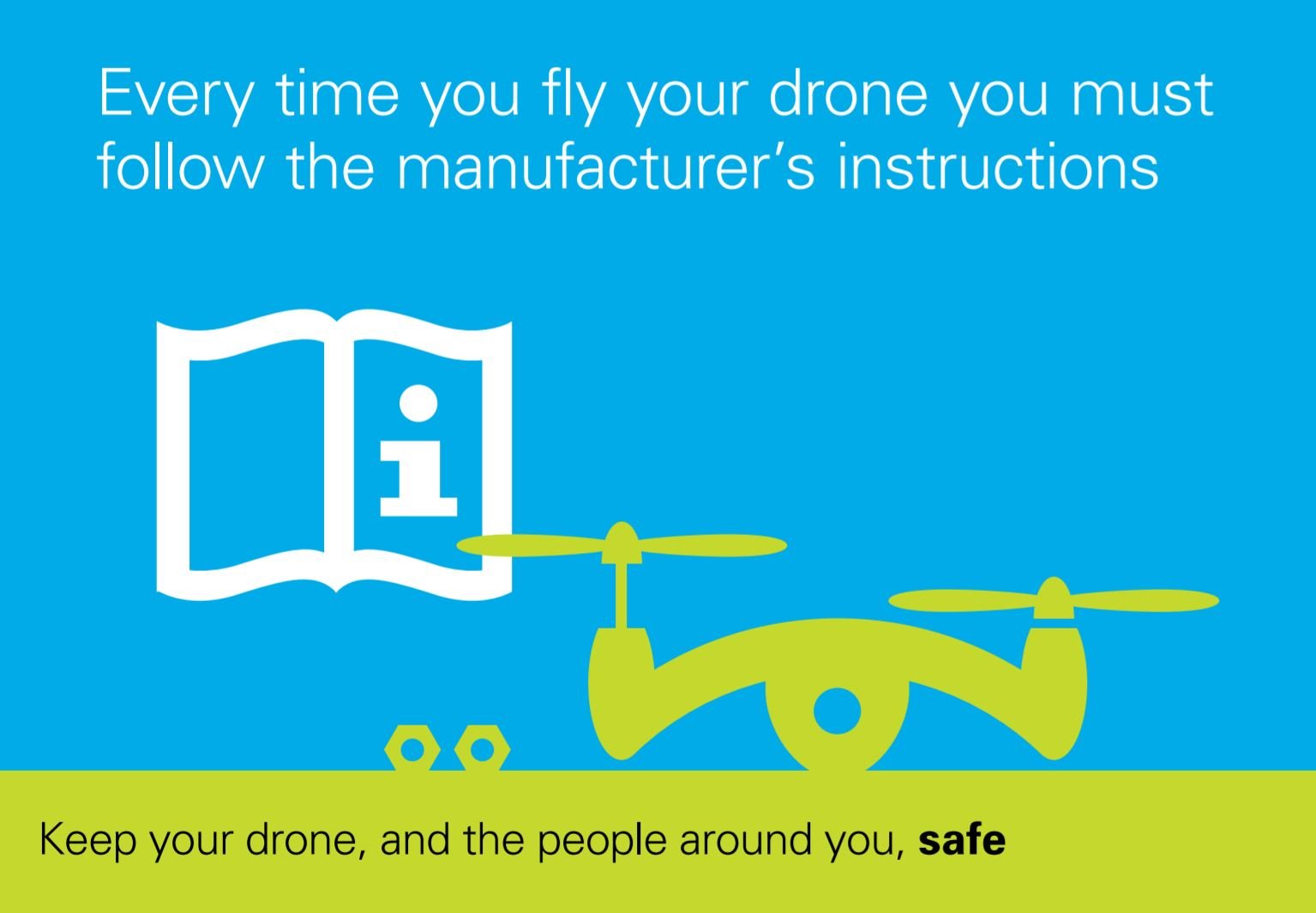 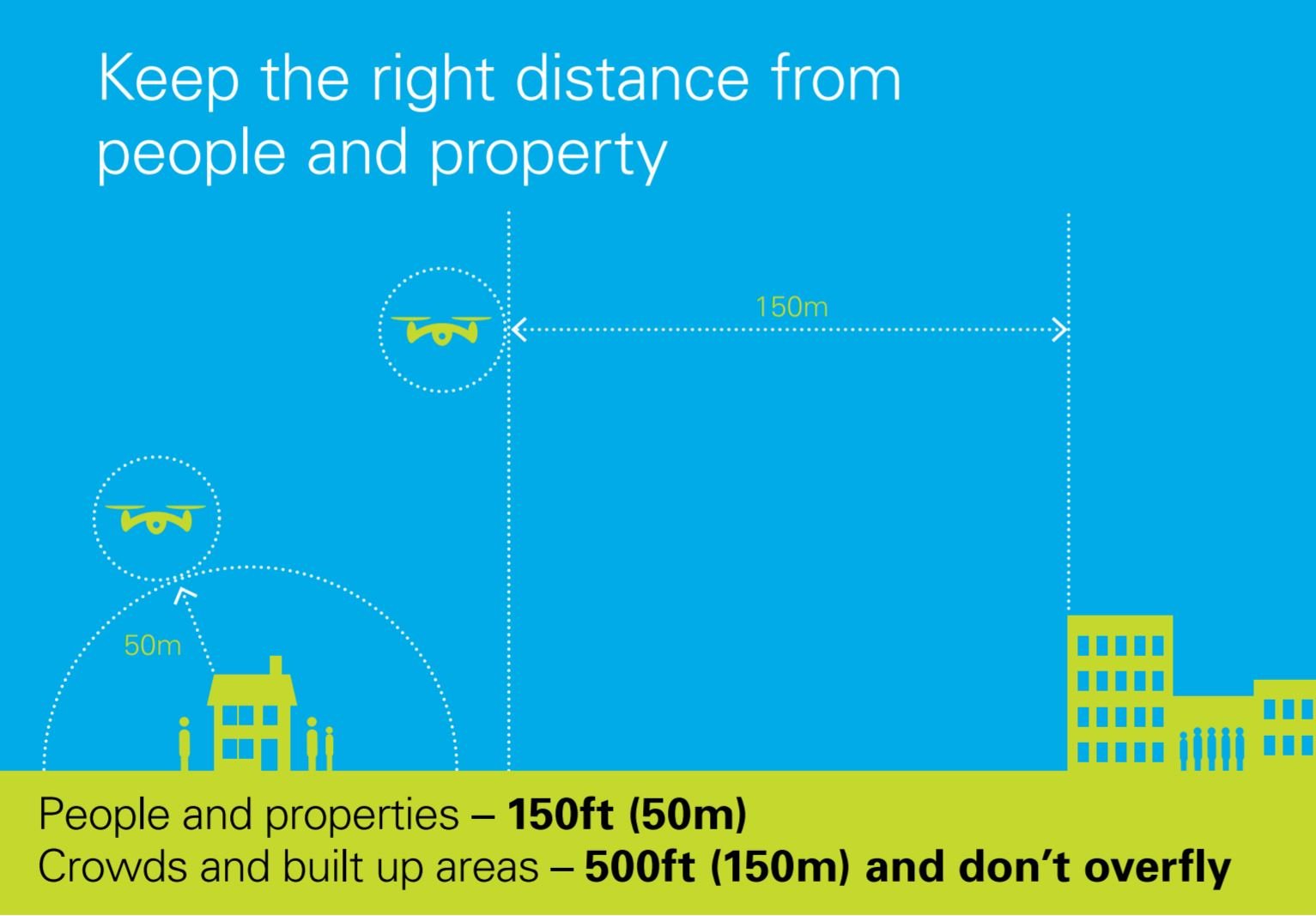 You are responsible for each flight - Legal responsibility lies with you. Failure to fly responsiblity could result in criminal prosectution.

Stay well away from aircraft, airports and airfields - It is illegal to fly any drone inside the flight restriction zone at any time without permission. If your drone endangers the safety of an aircraft it is a criminal offence and you could go to prison for 5 years. 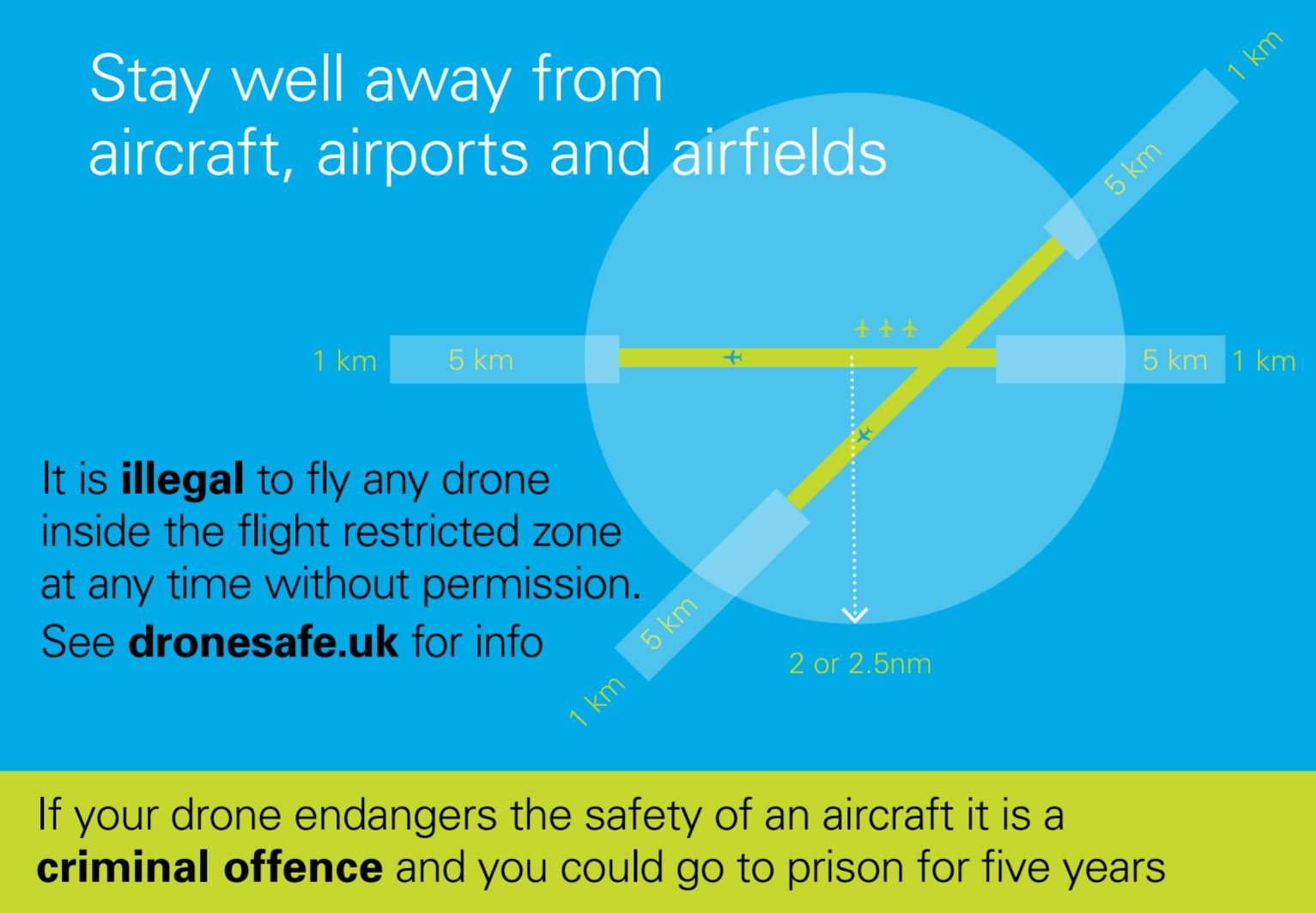 It is your responsibility for each flight with your drone and you must follow the drone code.

Failure to do so could result in criminal prosecution. With the recent events at Gatwick and Heathrow Airport it is imperitave that you don't fly anywhere near an airport. If you wish to do so, you need to seek permission from Air Traffic Control.

If you don't understand anything in the Drone Code, please get in touch and we'll be more than happy to help! We'll soon be updating our ICARUS 1 Drone Course for Hobbyists and Enthusiasts to reflect the upcoming changes.