Vortex Ring affects all rotary based aircraft, including Drones. It can cause total loss of control and, ultimately, loss of the platform. Have you ever experienced this when you have been descended vertically at a rapid speed?

of the disc during a rapid descent. This causes a loss of lift in the affected portion of the

rotor-disc which is exacerbated as the aircraft descends more quickly.

There are a number of entry parameters that can cause you to go into Vortex Ring, these are:

Usually, there are symptoms that you have entered Vortex Ring. If you experience any of these, it's likely you are in Vortex ring and you will have to take action to recover from it.

How to recover from Vortex Ring

If you believe that your aircraft has entered Vortex Ring, there is a simple set of actions you can do to try and recover. You must take these actions as soon as possible.

Failure to recognise, avoid and ultimately conduct the appropriate recovery actions if required is likely to lead to total loss of your aircraft, in which case you will likely stand by helpless watching your expensive aircraft fall to the ground.

Although it may sound counter-intuitive to reduce the power when your aircraft is descending rapidly, but you need to stop 'fighting' the descent and move the aircraft away, getting some clean, un-circulated air over the blades.

Want to learn more? Why not attend one of our PfCO Drone courses and become a Commercial Drone Operator. 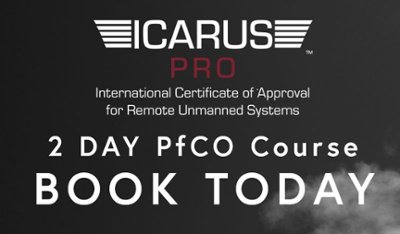