The answer to does a larger drone camera sensor mean I can shoot better photographs isn't a straightforward one. On the one hand, technically it will allow you to take a better photograph; however, a camera is only a tool at the end of the day, and it's down to you to use it creatively. Let's tale a look at what a bigger sensor means for us.

A digital camera is no different than one of your eyes. Light from the sun - or any light source hits objects, bounces off and a small portion of that light will make it to the lens of the camera, the same as it does when hitting the back of your retina.

Cameras take the incoming light from the lens and convert that light into electrical signals that make a picture you see on the screen. The image sensor is the chip that sits behind the lens and captures all that light coming in

Now the bigger the sensor, the more light it can capture. Therefore, if a sensor can capture more light, it can work better in lower light conditions because more light is hitting a larger surface area.

You may hear terms such as a 1-inch sensor, Micro four thirds (MFT) or Full Frame. These are quite simply the size of the sensor. 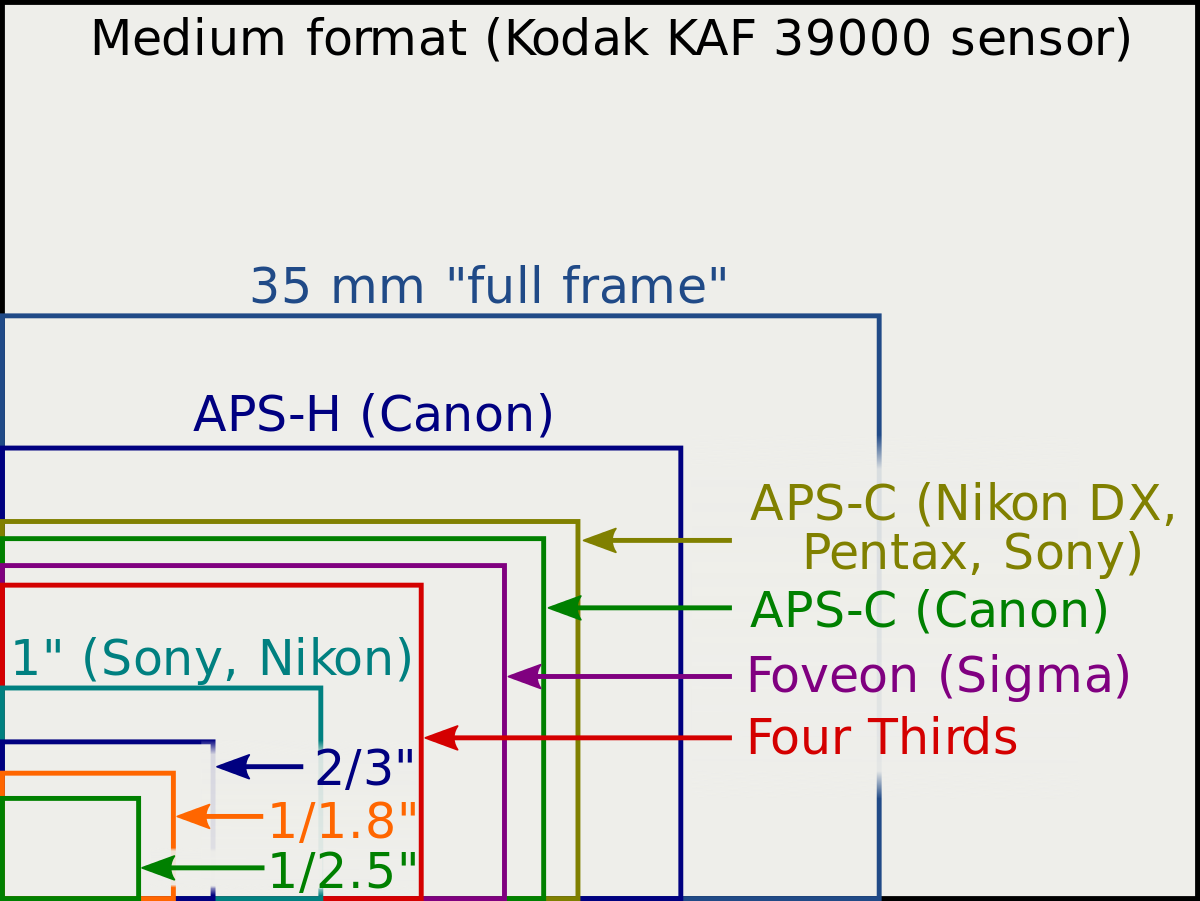 Crop Factor - how does this affect me?

This is a slightly complex topic, and many long articles by professional photographers have been written explaining it – but to keep it simple let me attempt a short explanation.

35mm film is a standard for the industry (both film & photography) because most SLR cameras took 35mm celluloid film and most Hollywood films were shot on 35mm. When digital cameras came along, people needed a benchmark to know what equivalent frame you would get if you were to place it next to something shot on 35mm because there became a variety of image sensor sizes between the manufacturers. The main reference point that people therefore use is the 35mm one which is considered ‘full frame’ size.

If you compare the size of the film in a typical SLR (film is usually 35mm) to the image sensor in most DSLRs, you’ll find that the size of the DSLRs sensor is generally smaller (unless you get what’s called a ‘full frame’ DSLR).

Until relatively recently ‘full frame’ digital cameras were mainly in the realm of professional DSLRs and all lower end cameras had much smaller sensors.

If you take a photo with a smaller sensor and the same fixed lens, it will show a smaller area of the scene or a crop of a 35mm equivalent.

So if I wanted a wider shot with my Mavic Pro, I would have to travel further away because I can't change to a wider lens.

If you want to read more on crop factor and how to calculate it, check out this useful article

A Bigger Sensor does not mean more Megapixels

The size of the sensor and the number of megapixels your camera can capture is not the same and are not related. Remember, a bigger sensor means more light can hit the sensor because it has a larger surface area, and therefore works better in low light conditions such as shooting at night.

More megapixels mean that the image will be sharper when blown up or printed at a larger size compared to an image that was shot with fewer megapixels. It will generally look sharper (as long as the subject was in focus to begin with!) and more detail should be captured.

To make a comparison, you can have a 20MP camera on your phones such as the Huawei P20 Pro and a DSLR Such as Nikon D7500 which has a megapixel count of 20.9MP (so only slightly more). Similar megapixel count, but a vastly different sensor size.

Now because the Nikon camera a larger sensor it will work better in low light conditions compared with your mobile phone. However, carrying around a bulky DSLR is not always practical.

The best camera is the one you've got with you

For all the technical jargon and comparisons, the best camera is the one you've got with you. If you do have a lovely expensive DSLR and you forget to take it with you the one in your pocket is your best tool for the occasion. 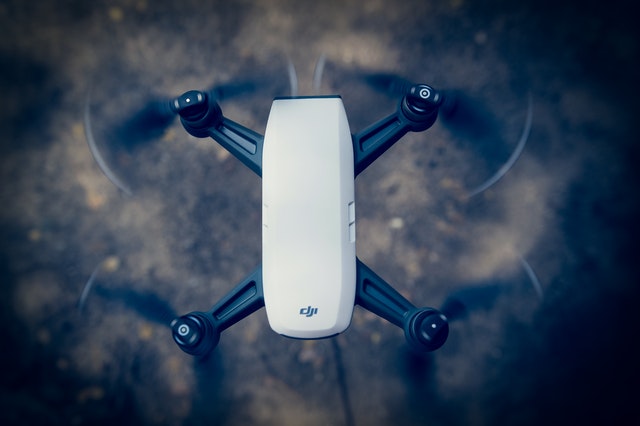 The same goes for drones. We'd all love to be able to take the DJI Inspire 2 with us with an X7 camera shooting with a Super 35mm sensor; however, it's likely you won't be taking the i2 on holiday with you, so your DJI Mavic Air with its 1/2.3” 12-megapixel CMOS sensor will have to do. Moreover, you can still get stunning shots with a Mavic Air.

If you want to shoot with the best equipment then getting a drone with a larger sensor is a no-brainer, however, it won't make you a better photographer. A good photographer can use any camera he's provided and use his skills to get the shot they want. Some technical aspects of the camera may hamper them, but composition and subject are something you are going have to learn about.