In this short series of blogs, I'm going to take you through the 3 main elements you should be aware of when shooting photography, whether it's with your Drone, a DSLR or even your mobile phone. The most significant step to shooting better photography is switching your camera settings off automatic and start to understand the 3 critical settings of your camera that affect exposure.

In this article, we'll take a look at the aperture, what it is and how it affects the image.

What is the camera aperture?

Quite simply the aperture is the hole inside the lens that controls how much light enters and reaches the camera's sensor.

Click here If you want to learn about camera sensors.

A larger aperture will allow more light to reach the camera's sensor and a smaller aperture allows less light. It's as simple as that! Let's take a look at how we measure the size of the aperture as things get slightly more complicated. 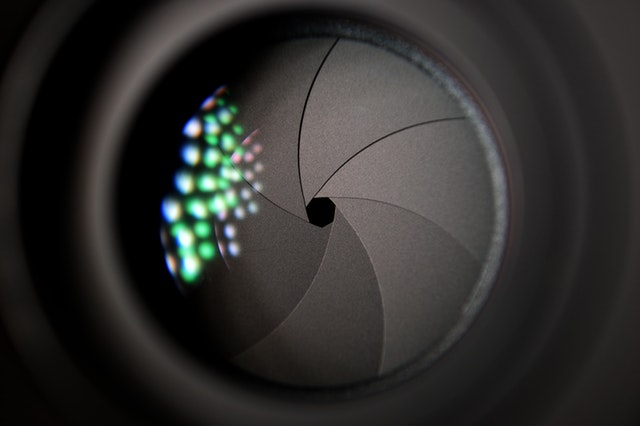 The most common way to reference the size of the aperture is in f-stops such as f/1.2, f/2.8, f/8, f/16 and so on. This is where things get a little confusing and counter-intuitive; a smaller f-stop indicates a larger aperture.

This is because f-stops are written as the ratio of the focal length of the lens to the maximum size of the aperture.

This is why you can get different lenses that are the same size but have different f-stops, they simply have a wider aperture diameter.

While getting your head around the numbers behind aperture can be confusing, the most important thing to remember is that each significant aperture increment (f/2.8, f/4, f/5.6 and so on) represents a halving or doubling of the amount of light reaching the sensor. So if you want to maintain the same overall exposure, you will need to double or halve your shutter speed.

While varying the size of the aperture is to alter the amount of light reaching your camera's sensor, it also has another significant effect on your image - it changes the depth of field.

For landscape shots of which drone photography will play a major role, you might want all of the image to be in focus from foreground to background. So in this circumstance, a smaller aperture would be most appropriate.

Alternatively, if you wanted to shoot a portrait and you want to isolate the subject from the background, a larger aperture (lower f-stop) will provide a shallower depth of field, so only your subject is in focus.

Controlling the aperture will give you more creative control over how your photographs can look. The same creative effects also apply when shooting video; however, if you are doing video, you'll have to lock off your shutter at a set value (I'll cover this in another article).

Next up we'll take a look at the Shutter, and again how this affects the exposure and look of your image.