In this short series of blogs, I'm going to take you through the 3 main elements you should be aware of when shooting photography, whether it's with your Drone, a DSLR or even your mobile phone. The most significant step to shooting better photography is switching your camera settings off automatic and start to understand the 3 critical settings of your camera that affect exposure.

In this article, we'll take a look at the shutter and how it can be used creatively in your Photography.

if you want to read about the aperture, click here.

What is the shutter?

The mechanics of the shutter are a bit more complicated than those of the aperture, however it's function is similar - it regulates how much light reaches your camera's sensor.

There are a number of different types of shutter that you may find in your camera, whether it be an SLR, your phone camera, a DSLR or your Drone's camera, however, I wont go into the variations but bear in mind the principle use behind them stays they same. They do have some pro's and con's and we may do another article on this at a later date.

Shutter speed simply is how long the sensor captures light for each photo or frame of video.

A shutter speed of 1 second (1") means that you would be allowing light to hit the image sensor for a full second before the final picture is taken and saved. This would produce an overexposed photo in the daytime, but it would most likely work well right after the sun goes down.

In the DJI Go 4 app, or any Camera for that matter, these numbers will look like standard numbers, but in reality, they are actually fractions of a second.

250 for example really means 1/250th of a second. The numbers will really be fractions all the way until you get to a full 1-second (1") exposure or lower.

When you get down to whole numbers (not fractions) it will look like 1”, 2”, 8” etc… Just remember that these numbers are really fractions unless you see a double quote in which case then it means seconds.

For the creative photographer, while aperture controls depth of field, the shutter controls motion. A fast shutter duration (1/400 for example) has the potential to 'freeze' a moving object, with extremely fast shutter speeds capable of recording a moment in time that are simply not possible to see with the naked eye.

A fast shutter may be used for capturing photographs of sports where you don't want any motion blur. 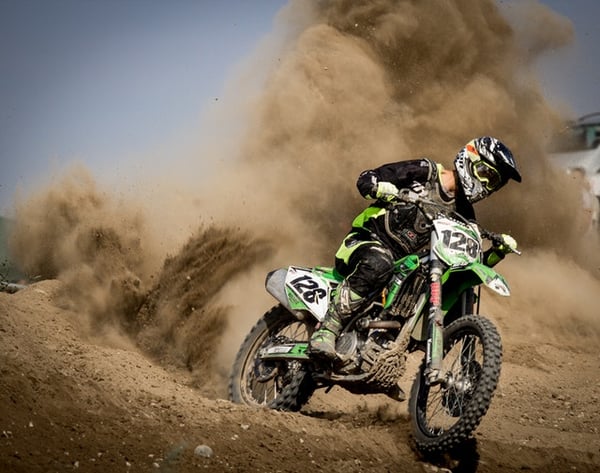 At the polar opposite, a longer shutter speed (4" for example) can go as far as transforming the subject, again producing an image that exceeds human vision such as allowing you to capture low-light scenes without the need of a flash. As you can see in the image below, the image was captured on a tripod and exposed for a number of seconds to give the light streaks of the moving cars but keeping no blur on the stationary objects. This was likely taken on a tripod. 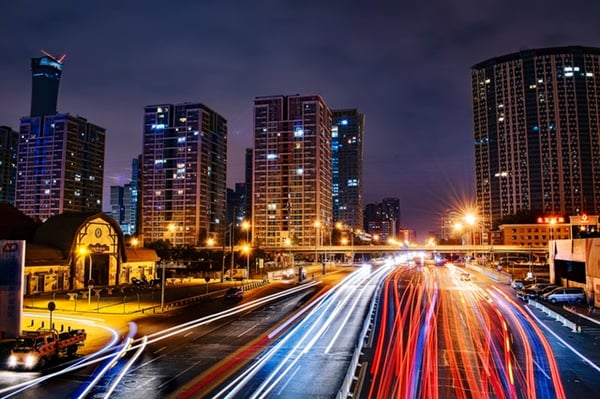 Using the shutter with Drones

When using a drone for photography, the same principles apply depending on the image you are trying to capture. Generally, for landscape style shots you will keep the shutter speed relatively high and fast so you don't get any motion blur from the drone moving in the sky.

If you wanted to take a shot at night from your drone using a slower shutter whilst keeping your ISO low, you are going to want to choose a still night where there isn't much wind because you'll want to keep the aircraft as still as possible to reduce any motion blur from the aircraft moving in the wind. If you capture an image without getting intentional blur, increase your ISO and lower your f-stop (be careful not to lower your f-stop too low as you may not be able to focus!).

Using the shutter for video

As humans, we like seeing motion blur in video because it makes everything look more smooth and natural. It turns out that having a shutter speed that is twice as fast as the frame rate gives video the perfect amount of motion blur. So long story short, your shutter speed should be set to “frame rate x 2” for most situations.

The shutter determines for how long the camera captures light for a photo or frame.

The key things to remember are: